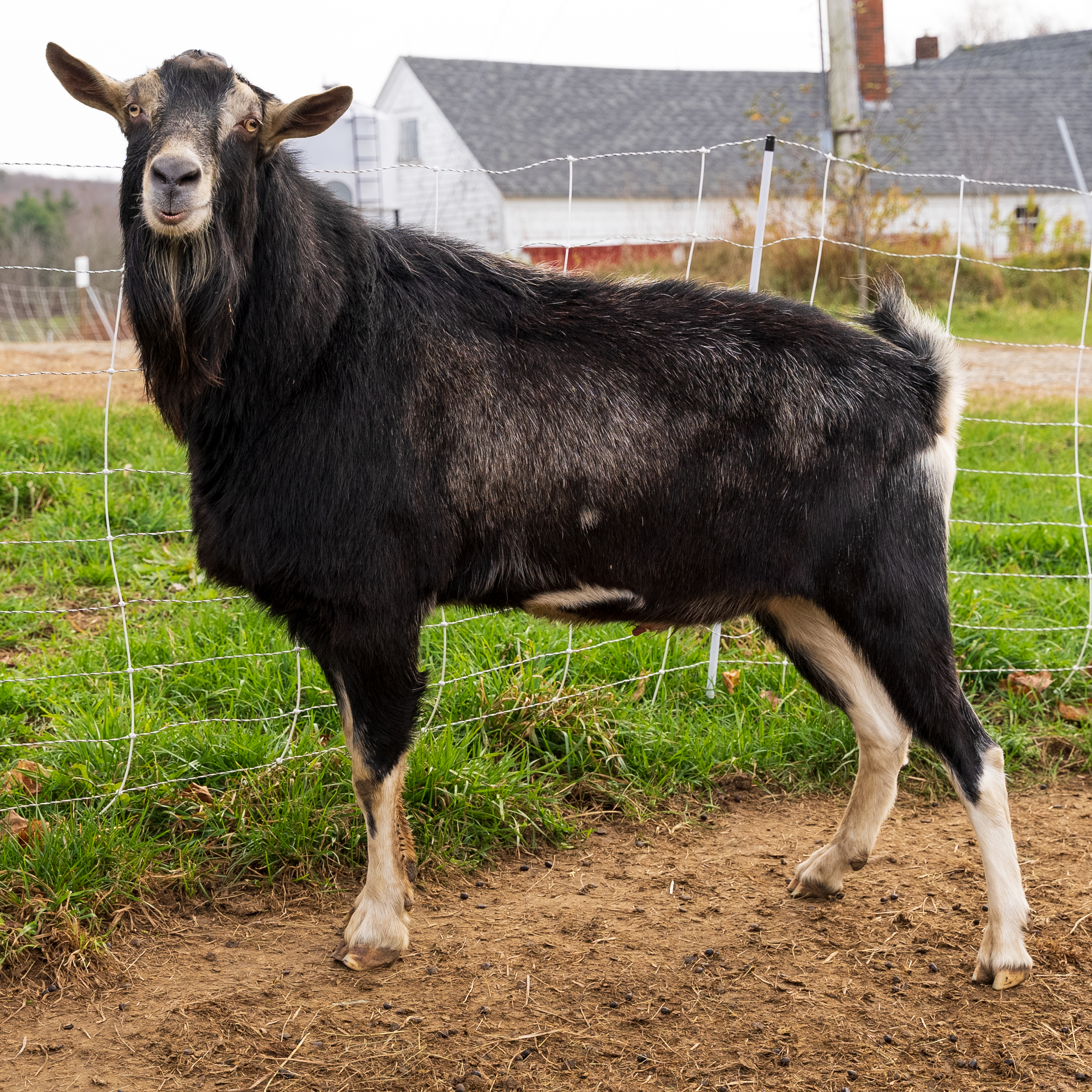 Sunflash has had a huge impact on our herd, adding a lot in one *large* package. Known
affectionately as the Moose, he is an extra large buck and has added a lot of bone and stature to our herd. His first batch of kids was noticeably larger and more robust than our previous kids. He is deep and broad from front to rear and has added a lot of width to our does, as well as really strong feet and legs.

While he may not have added much to our already incredibly productive does, he certainly hasn’t hurt it, and he has helped to lift and round udders, giving them the possibility of increased longevity – an important factor in our pasture-based system. One of Sunflash’s bonuses is his mellow temperament, which – wonderfully!- he has passed on to his kids. Winter housing became a lot easier with a bunch of his easy-going daughters sharing a bunk!

He’s only been appraised once, as he’s been in rut the other years, but we keep hoping they’ll come earlier in the year, as he scored an impressive 88 as a 1-year old, with a 50 in stature! He is one buck we’ll never move on; he’s just got so much to add back! We are looking into collecting Sunflash this year, so we can keep “Sunny” in our genetics for years to come.

See What's Happening At The Farm!

Subscribe to our farm newsletter to receive the latest stories, info & updates.